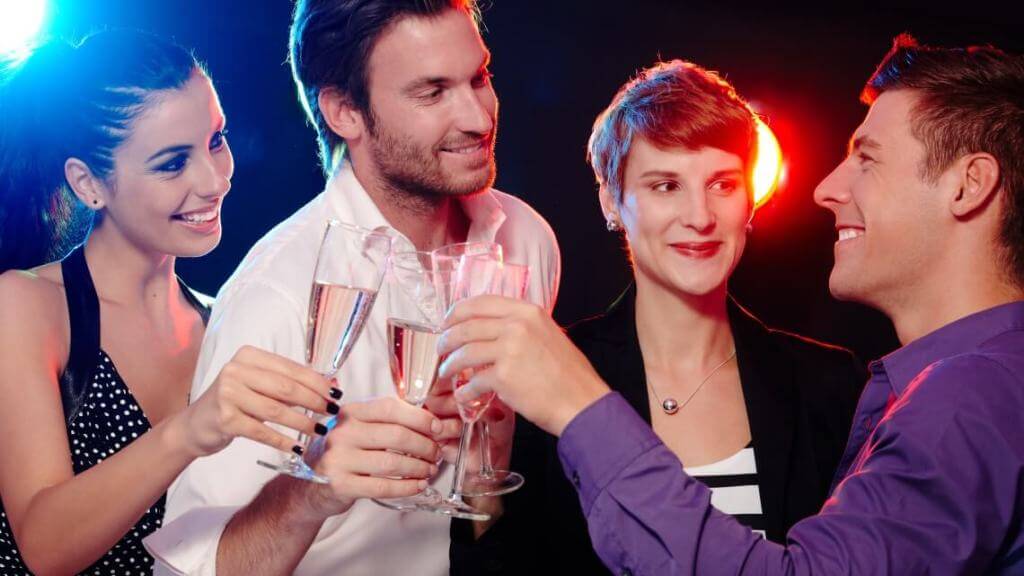 I recall one of the first sites we joined and a lady whom we first spoke with, and still do to this very day, said to me once; “Sex laughs are better between friends”.

Sexual activity may or may not follow however. As swingers ourselves, we know that friendships are just as important – and making friends with like-minded people, doesn’t always entail ‘just sex’.

Many swingers have swinging friends they have known for months, even years that they have not been sexually involved with. Just because you’re a swinger or swingers, doesn’t mean to say that every friendship in the scene – is a sexual friendship.

Private clubs and party houses offer a place to gather to swing.

The environment is meant to be one of social warmth and belonging. It is pleasurable to meet new people, friends and acquaintances at a party. Pleasant memories come from lounging, perhaps partially dressed or nude, In a group around the fireplace, talking, listening to music, laughing and warming up to another. This may happen in a hot tub, Jacuzzi or pool as well. When these social experiences are complimented by enjoyable sexual experience the appeal of swinging is understood.

We recently went to another one of our friends’ house, for a house party. There was a good number of people who attended and there was playing, chatting, laughs but the key factor was a mutual understanding between everyone – playing, not playing, eating/drinking, we are all of the same ilk and all there to have fun. Which by the way, it was too.

Though some couples who swing have open marriages and have swinging dates apart, the majority of couples do not date separately. They see swinging as an activity/lifestyle to enjoy together, as a part of their relationship. The social involvement of swinging often extends into the business world as swingers trade and do business with people they have met through swinging.

These people feel an understanding and trust exists between them.

Nudity and Dress. The common attire at an off-premise activity is dressy, often sexy. The common attire for an on-premise swing party may be dress or casual, but with the expectation of partial or even full nudity. At some clubs and private parties nudity is the general rule, but at others may be confined to certain areas such as the swing areas (bedrooms), pool and spa. It is common for participants to take lingerie, a robe or other slip-on attire to the party. 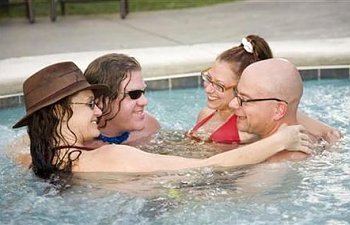 Whether new to swinging or not, you’re guaranteed to make friends along the way. Some to have sexual encounters of course, however, as mentioned – it may not always be the case.

There is a huge social element to swinging / the scene and social events held in clubs/pubs and even house parties, all prove as a testament to this.

The social aspect of swinging is just as important as the lifestyle itself..

Are you already a member and would you like to contribute to this? Do you have thoughts and experiences that would suit the article?

If so - share your thoughts and points of view! Here
Reactions: Dangerous690, kopinov, The-A-Team and 5 others

There are no comments to display.
You must log in or register to reply here.